A highly anticipated game, Bloodborne was released on March 2015 and quickly rose to critical acclaim. An action-packed survival horror RPG, the game revolves around the Hunter who fights through countless mobs with transforming weapons from guns, to saw cleavers, to whips and takes on a quest to uncover the secrets of Yharnam. Developed by From Software, the makes of Dark Souls, Bloodborne is essentially the successor to Dark Souls and there are many similar elements such a

There has been a recent break-in over at Twitch and account information was stolen from many users. All Twitch users have a new stream key and have been asked to reset their password as well. Twitch is currently changing their password requirements. More about this can be read at http://blog.twitch.tv/2015/03/important-notice-about-your-twitch-account/ Hopefully this won't affect our streaming. We still plan to be there on Saturday at 1:30PM! Source: http://bigstory.ap.org/ar

Thanks to everyone who came to the open house of the new Game CoLab space up in Phoenix last Friday! We think the new space is pretty awesome. What do you think? 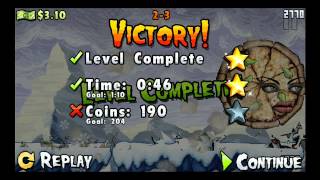 Our Twitch channel is now up and running! We will be recording our videos and uploading them to YouTube. http://www.twitch.tv/gamecolab This game was made by Jacob and Steven at Riverman Media. Be sure to check them out! http://rivermanmedia.com/

Gameco Lab team members use the scrum software Axosoft to budget timing and task completion for their projects! Axosoft is an efficient instrument for project management and you can find more info about Axosoft at http://www.axosoft.com/

PHOENIX – Silicon Valley-based non-profit Girls in Tech announced that it will hold its annual Catalyst Conference in downtown Phoenix for the first time Sun., April 26 through Tues., April 28 at the Hotel Palomar. “We’re more than excited to host this premiere tech conference in Downtown,” said Mayor Greg Stanton. “Women at the forefront of the technology and start-up industry will have an opportunity to experience first hand Phoenix’s rapidly growing entrepreneurial ecosys

Game CoLab will be streaming tomorrow at 1:30 PM. Be sure to check us out! http://www.twitch.tv/gamecolab

Game CoLab is at GDC! We hope you enjoyed Dwell: The Drifting World on Tuesday!

Welcome to Game CoLab's first blog post! Starting today, this blog will be constantly updated for you to follow us and the Arizona gaming scene. We will have gameplay of upcoming games in our incubator program as well as local games that are developed in Arizona. This month we will also be creating a Twitch channel and will do livestreams with devs or also play games with commentary and include demos of upcoming games that aren't released yet! We are still setting up the sche

Whiskered Away: February Game of the Month

MX vs. ATV: Encore (July Game of the Month)

A quick message from Rainbow Studios