Game CoLab received a chunk of the $200,000 Community Development Block Grant from the City of Phoenix. Check out the story in the Phoenix Business Journal! Source

Spiky Fish Games, founded Kendal Cormany (right) and later joined by Cameron Wirghtsman (left) , are one of the many Arizona independent game developers that will be attending the Arizona Video Game Showcase in May with their game SketchCross; a nonogram logic puzzle game. Not familiar with nonograms? Think of it as a mix between crossword and sudoku. Nongrams were first popularized in the Japanese game industry with the game Picross for the DS, Sketchcross hopes to bring the

From Thursday (May 28) to Sunday (May 31), Game CoLab will be hosting an Arizona game showcase at the Phoenix Hyatt Hotel right across Comicon. We will be showcasing around 20 of the most awesome games that are being developed right here in Arizona! Come out and support the Arizona gaming scene! Meet the developers and play their games! For the weeks leading up to this event, the CoLab will post more on the CoLab teams that are going and the games that they will showcase. Get

The Game CoLab teams are rolling out titles left and right! Get the scoop in the Phoenix Business Journal! Source 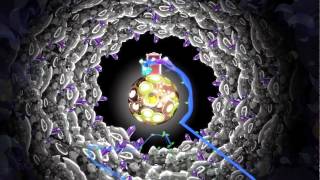 Gravity Ghost With Matthew and Anton

This week we revisited Gravity Ghost. Make sure to join us this Saturday for Kihon Games!

The Evolution of Sonic 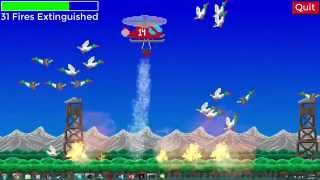 Last week we played Zippy Brain's Helitack and Fight The Fire. Come watch us play some great educational games made in Arizona!

An oldie, but a goodie! This game from Rainbow Studios in Phoenix made it to the front page of Reddit's gaming thread! Check it out here! http://www.reddit.com/r/gaming/comments/31ry6z/i_had_hours_of_single_and_multiplayer_fun_with/

The valley is trying to breathe life into the gaming industry with a unique place you won't find anywhere else around here. It is a unique place mixing experience with those still learning or wanting to learn. Check out AZCentral's coverage of our new Phoenix location with WePlay Media. Source: http://www.azcentral.com/story/news/12-news/2015/03/18/12news-gaming-developers-games-video-phoenix/24943765/
1
2

Whiskered Away: February Game of the Month

MX vs. ATV: Encore (July Game of the Month)

A quick message from Rainbow Studios